A poll of more than 600 international TWICE fans crowns Mina as the most popular ultimate bias and overall favourite.

Mina, Tzuyu and Momo captured the most hearts as ultimate biases and remained high for fans’ second and third favourites. 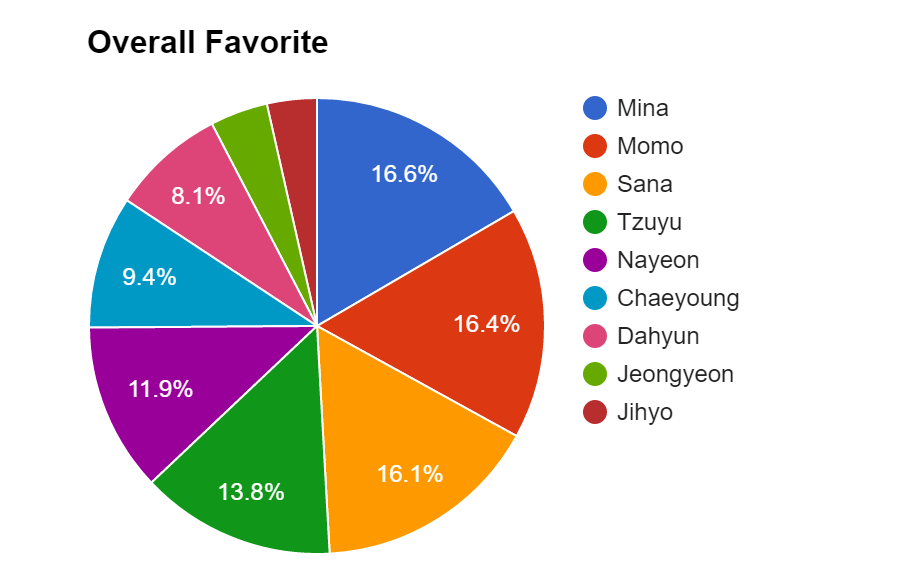 Sana’s popularity crept up the list from ultimate to third, leading the J-Trinity (the Japanese members of TWICE) and the foreign line to dominate as overall favourites.

Nayeon is the most popular Korean member.

TWICE’s debut song “Like OOH-AAH” won over “Cheer Up” as the best title track.

Click here to see the full results of the poll.

Do you agree?  Tell us who your TWICE bias is!

Previous Wonder girl’s Why So Lonely
Next Zhou Mi asks What’s Your Number?